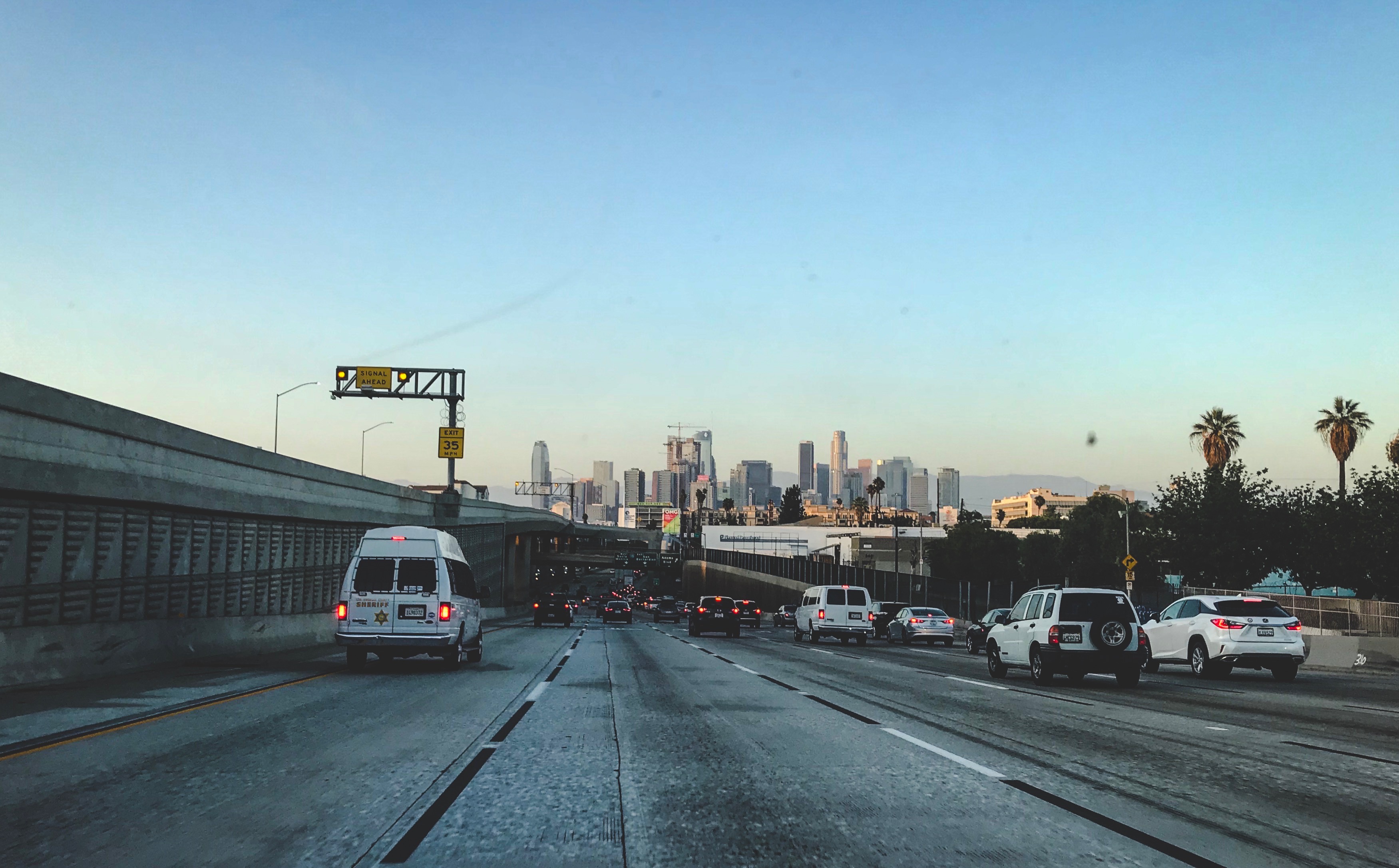 As if Being Stuck in Traffic Wasn’t Already Awful

As a native Angeleno, I’ve spent most of my life in cars. If you’re not familiar with the city of Los Angeles, you should know that we once had the country’s most extensive trolley car system. But, in a quest to be the future of cities, the system was uprooted for the nation’s first freeway, which quickly became one of the city’s most defining features.

As a result of this investment in infrastructure for cars, LA is defined by the automobile. Not only in the physical aspect of the city, but also in what Angelenos, and all of LA’s visitors, talk about. There is nothing we talk about more than traffic—how long it took to get somewhere, what streets or freeways we took to get there, the awful person who just wouldn’t let us merge lanes, and on and on. If you’ve ever seen the Californians skit on Saturday Night Live, I need say no more.

It has been four years since I last lived in Los Angeles and coming back for the summer has been culture shock—specifically in regards to how much time I’m spending in my car. I’ve listened to countless podcasts and tired of music more quickly than I thought possible. I’ve also had a lot of time to think—and since I started graduate school, I can only think in terms of urban planning. How did we let traffic get this bad? Would a BRT lane fit on the freeway? How far are people willing to ride an e-scooter? If we really leaned into autonomous vehicles, would fewer people cut me off?

My thoughts are usually punctuated not only by bold drivers cutting me off, but also by people talking to me through my windows whenever I choose to roll them down. I’ll interrupt myself, again, for those who aren’t intimately familiar with LA’s traffic: these interactions occur in the giant parking lot that is LA’s streets and freeways—the man in the adjacent car feels comfortable saying “ay mami” because we’ve just spent the last fifteen minutes five feet apart from each other, parked on the 5 (which is how we refer to what you might *incorrectly* refer to as I-5 or Highway 5).

When I got my driver’s license in high school, I was lucky enough to inherit my cousin’s beat up old car. The air conditioning was broken, the driver’s side door couldn’t open from the outside (I had to crawl in through the passenger side), the driver’s seat could only be adjusted by wedging a screwdriver into where a button used to be, and, on occasion, the driver’s window didn’t roll down so I would have to accept drive-thru orders through my sunroof. When my windows were working, I spent most of my time driving with all the windows down to get some relief from LA’s hot summers. What I did not roll them down for was comments from strangers.

While stopped at traffic lights, I’ve had men catcall me from the street, I’ve had men in adjacent vehicles ask for directions as a segue to request my phone number, and I’ve just had some wink or purse their lips at me when we were stuck next to each other on the freeway. I learned to keep my eyes on the road and not dare accidentally make eye contact while waiting for a light to change from red to green.

But by far the worst time was when a car of men realized that my license plate, a gift from my uncle, had my name on it. The men, whom I had never seen before in my life, called out to me from their car, “Evita! Wow it’s so good to see you! Evita!” and talked to me as if they knew me. “You go to Ramona, right?” they asked, noting the sticker from my high school on the back window of my car. I was so scared that when I got home I asked my dad to get me a license plate without my name on it. I don’t know where my original license plate is, but I don’t care to find it either.

Cars have this unique ability to make people feel really safe in a private space, so it can be particularly daunting when someone outside of that space punctuates it. Unfortunately, the reality is that my life navigating any city is always punctuated by the harsh reality of my identity as a woman, in every city I’ve ever been in, no matter how I choose to experience the city. At best, I’ve experienced cars honking and men whistling at me. At worst, I’ve had a man reach under my dress to grab me while I was getting on a bus, I’ve been catcalled by police officers while walking down the street, I’ve been harassed from the safety of my personal vehicle, and I’ve been followed while riding an e-scooter alone to pick up lunch.

This last was the most recent episode that deeply unsettled me. I rode a Bird scooter to lunch and was subject to more catcalls than I could count. There’s nothing more unnerving than being at a stoplight, a woman in work clothes and heels, balancing your leftover lunch on an e-scooter, with nowhere to go, when men decide to heckle you from their car and, once the light turns green, drive the 17 mile-per-hour speed limit of your scooter with the hope that you’ll give them attention.

This experience caused me to stop thinking about traffic improvement, generally, and start spending a lot of my time in traffic wondering how we can make our streets safer for women, specifically. And once we figure that out, how do we persuade city council members to care? Is there even data on which sections of LA’s expansive street system are women-friendly and which are not? How would you go about defining that, given the multitude of risks associated with being female on the street? And, most importantly, will this stoplight ever turn green?*

I don’t know the answers to all these questions, especially not the last one. But I do know this: despite all these experiences, I fiercely love cities. And if you know anything about me, you know I love Los Angeles most of all. I love LA for all her quirks and imperfections, her constant efforts to improve and progress into the future, her world-renowned diverse and experimental food, her variety of landscapes—giving me the ability to spend my mornings traversing one of the many mountains that surround the city and my evenings watching the sunset at a beach bonfire—her famous sights and celebrities who make LA a tourist destination, and the rest of us who make LA home. This chaotic, diverse, and energetic city holds a special place in my heart. It will always be home.

But home should feel safe and I shouldn’t have more reason to worry about how to get from Point A to Point B on time than my male counterparts. I really hope that one day I’ll play an integral role in transforming the city; ideally, into one where I can roll down my windows in peace. Until then, I’m accepting any and all podcast recommendations.

*To be clear, this is a joke—I did not write this in my car. Please do not type and drive.

Published in I's on the Street