State Simplifications and the Changing Landscapes of the Globalizing South - THE URBAN REVIEW
819
post-template-default,single,single-post,postid-819,single-format-standard,bridge-core-1.0.4,ajax_fade,page_not_loaded,,qode-title-hidden,qode_grid_1300,footer_responsive_adv,qode-content-sidebar-responsive,qode-theme-ver-18.0.9,qode-theme-bridge,wpb-js-composer js-comp-ver-5.7,vc_responsive 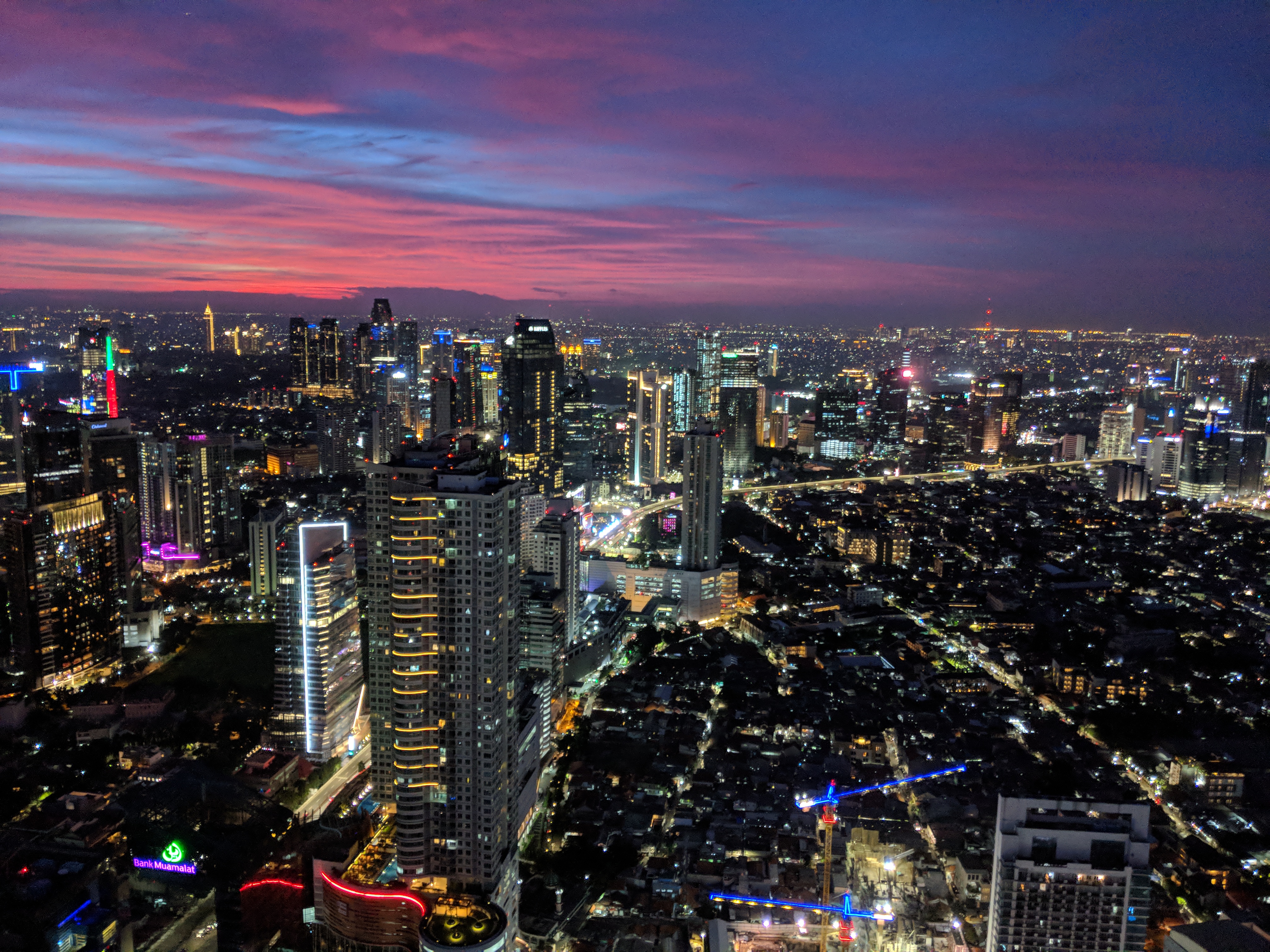 State Simplifications and the Changing Landscapes of the Globalizing South

“…one might conjure up an exacting state official aspiring to a perfectly legible population with registered, unique names and addresses, living in grid settlements, pursuing single occupations, owning rectangular lots and planting a single crop, all of whose transactions are documented according to the designated formula and in official language.”

In “State Simplifications: Nature, Space and People,” James C. Scott presents a theory of state development as one of simplification. A state’s need to, among others, exert political control, extract tax revenues, and conscript troops compels the comprehensive assessment of its territories and populations. However, state officials are at a remove from the complexities of the societies they govern.  As a result, a ‘project of legibility’ is needed for the purposes of statecraft (Scott 1995, 229). This is carried out through simplification, for simplification “makes the phenomenon at the center of the field of vision far more legible and, hence, far more susceptible to careful measurement, calculation and manipulation” (191). Our interest is in the city, and in this context the legibility project takes diverse forms but the objective remains the same: to produce a comprehensible mapping of a complex local reality for the purposes of the outsiders who rule it.

Scott’s framework is an insightful angle from which to interpret the rapidly changing urban landscapes of the Global South. Marxian theory is the most commonly used heterodox framework for understanding patterns of urbanization, and it is able to explain differences in wealth and rates of urban growth around the world in a powerful, comprehensive manner (see, inter alia: Harvey 2001; Smith 1984; Wallerstein 1974). However, its emphasis on structural and economic causes means that it struggles to comprehensively explain qualitative differences between cities—and spatial development more generally—in different parts of the world. When analyzing the urban landscape of ‘third-world’ cities as the historically-situated outcome of the struggle of the state to make the complexity of its territory and population legible, however, these differences become comprehensible.

This complexity is increasing as the urban fabric unfurls across the diverse territories and within the variegated institutional matrices of the Global South. New conurbations are growing in revolutionary forms, scales, and speeds. As Jakarta, for example, grows past thirty million inhabitants and sprawls across twelve local municipalities, infrastructure remains limited by the state’s capacity to repurpose land, resulting in modern high-rises along a few key thoroughfares, informal settlements occupying most open space, and snarled traffic that’s among the world’s worst. A Marxist account only brings the analyst so far in explaining such terrains. For there is a final, unbridged analytic moment, where the universalist Marxist interpretation cannot, for example, explain why Jakarta looks nothing like Mumbai, let alone Los Angeles

As the outcome of a contested and ongoing legibility program, these differences make sense. In Scott’s reading, the state is not a monolithic concept, but rather a historically, geographically, and culturally contingent one. Indeed, the ultimate goal of all states is to make their subject populations and territories legible. However, the project of legibility is always incomplete and proceeds along the pathways most urgent to a state at a given time. It also unfolds across culturally unique geographies and under the supervision of culturally situated “exacting state officials” (231). This irregularity is illustrated by the many historical examples that Scott uses in his paper: in each, the timeline, target, and geographical context of the project differ.

For example, Scott refers from time to time to the Javanese kekurangan (200) (lit. “those with less”) described by Clifford Geertz. When the these dispossessed peasants migrate to Jakarta, they bring with them a specific way of seeing and using space that is then reflected in the built environment. When, as part of state developmental policy, the Indonesian state turns its eyes to its exploding cities, it not only inherits the landscape built by the kekurangan, it reads that landscape with a set of uniquely Indonesian eyes. What differentiates these eyes is not simply cultural, but also institutions inherited from the Dutch colonial era; technological differences in available means of simplification due to the delayed emergence of the Indonesian state; geographical imperatives on this process that are unique to Indonesia’s archipelagic territory, and more. In Scott’s argument, there is space for this differentiation. And these differences in content and strength have material effect when the state “succeeds in stamping the actual [city] with the imprint of its designs” (195). In the Global South, however, it is not only the designs of the specific state that find themselves imprinted.

When the World Bank, UNDP, and other international development institutions approach ‘third-world’ cities, they are confronted with a landscape that is even more illegible to them than to state-level policymakers. For not only is it “so complex and variegated as to defy easy shorthand description” (195), but to the (typically foreign) development professional it is also written in a foreign language. To translate, Western institutions import the tools of urban statecraft that have worked in the West, including institutionalized forms of private land tenure, cadastral mapping, and rigorous census-taking. This collision between Western state visions and indigenous ones imprints itself on the landscape of cities in the Global South.

These landscapes display intense contrasts between the features of ‘informal’ complexity and the attempts of state simplification to impose order and regularity. Zones that participate more closely with the global order—business districts, expat enclaves, international transportation hubs—reflect a transformation in line with the demands of regulatory shorthand. Just beyond or beside them, however, the local urban vernacular continues. See the photo above of Central Jakarta at dusk: to the left, the high rise condominiums, office towers, and malls of capital (the World Bank’s Jakarta office is housed in one of the towers in the corner); to the right, a low-slung kampung, or informally developed neighborhood, densely woven into the heart of the megacity. Though features of the state administrative grid penetrate these areas, the project is incontrovertibly unfinished, with much remaining “outside the bracket.”

In conclusion, Scott’s theory of state simplification is a useful way to interpret contemporary urban landscapes in the Global South. Indeed, it is better able to explain the differences between places than a Marxist account. These differences are not inconsequential: they, like the unseen ecologies of the Prussian forests which Scott writes about, are sources of productive knowledge, of use value beyond the aperture of state planning. “We must keep in mind not only the capacity of state simplifications to transform the world, but also the capacity of the society to modify, subvert, block, and even overturn the categories imposed upon them” (219). As planners, we support the legibility project by practicing what some call applied geography (lit. world-writing). It is therefore our responsibility to bear our styli with care, to engage with those producing the complexity we hope to understand, and to be conscious of and learn from the knowledge that may be overwritten as we make the city legible.

Timothy Ravis is a Master in Urban Planning Candidate at the Harvard Graduate School of Design.

_Wallerstein, Immanuel. 1974. The Modern World-System: Capitalist Agriculture and the Origins of the European World-Economy in the Sixteenth Century. New York: Academic Press.