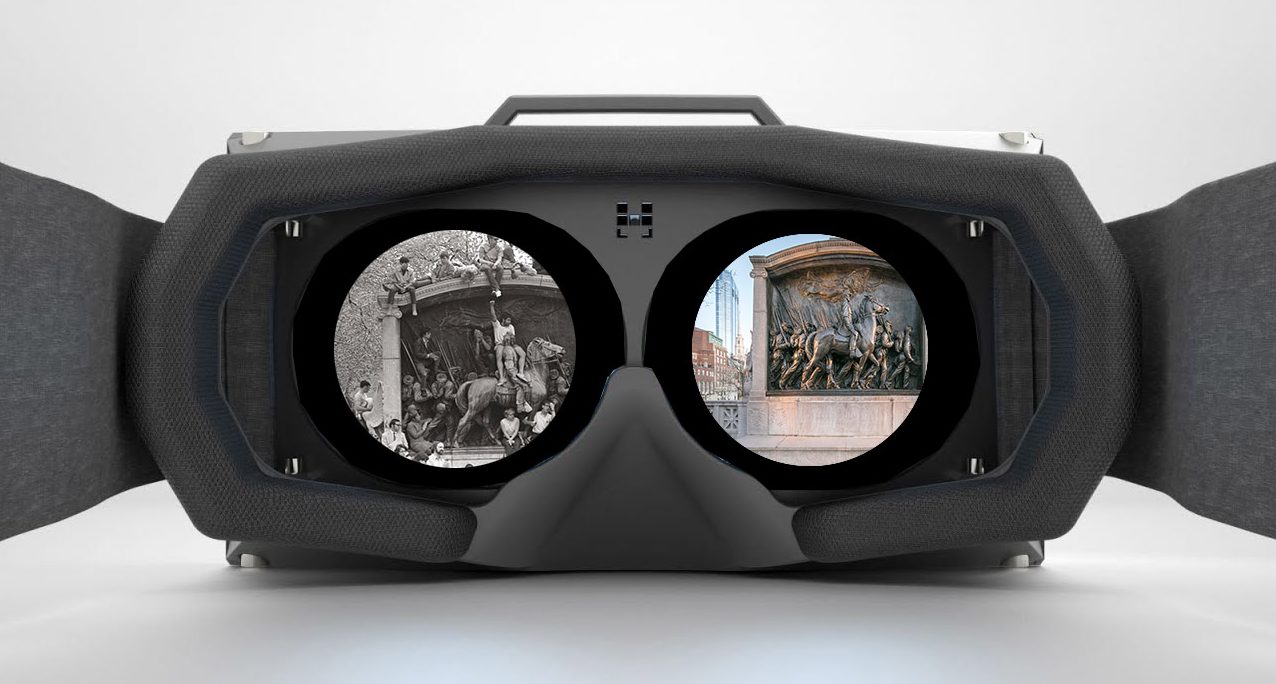 I’ve always been compelled by the stories with pick-your-own endings. You know, the ones in which you get to choose your own adventure and each decision you make results in an entirely different outcome? Sometimes I feel like walking through the city is like that—a different experience depending on who you are, what your history is, and how those around you perceive you.

Take Boston, for example, a city near and dear to my heart. When you walk the winding roads of the Freedom Trail in the Back Bay, do you see beautiful colonial-style architecture or do you see the cramped spaces within which your ancestors hid, escaping prosecution and enslavement because of the color of their skin? When you stop to admire the magisterial steps and glistening dome of the State House, do you hear tour guides narrating the city’s glorious history and long-standing political influence or do you hear the shouts of immigrants protesting for their right to the city? When you run your hands along the infamous red brick of a Harvard building, do you feel inspired by and connected to the many scholars who’ve studied in these hallowed halls or do you feel the weight of elitism and oppression, your hands tracing the faintly visible fingerprints of the slaves who stacked them?

Cities are inherently contradictory, in this way, exuding competing narratives of history and heritage at every turn. For some, this experience is inescapable, especially in cities that more explicitly convey hegemonic symbols and ideologies that silence or render invisible the city’s innate diversity. What if there were a way to viscerally alter our perceptions of and orientations within the city? What if we could mediate the experience of place so as to see the city through the eyes of the “Other,” the oppressed or marginalized, or vice versa?

Imagine this: an immersive exhibition that challenges the narrative layers we impose on space. You enter a dark corridor and are given the simple task of walking from one end to the other. The catch? You’re asked to put on a virtual reality headset that, once switched one, transports you into a bustling thoroughfare in the heart of an unknown city. As you walk, you’re engulfed in the beauty of the street: sun shining, birds chirping, children playing, flowers blooming. It’s serene, idyllic, comforting, safe.

All of a sudden, the projection begins to fade, signaling that you’ve reached the end of the hallway. The guide reaches out to orient you, telling you to turn around and walk back towards the entrance to the exhibit. As you wait for your signal to go, the guide adjusts your headset, secretly switching on a button to alter the image. As you start your walk back, the pictures sharpening into focus, you notice that something is different this time: the street looks familiar, the buildings recognizable, but you start to pick up on details that you missed your first time through. Is that the sound of a child crying, mixed with the forceful voices of ICE officers conducting an arrest? Are those the flashing lights of a police car, illuminating the front of a house at which a forced eviction is taking place? Are you going crazy or can you sense footsteps behind you, distracted by the sound of someone catcalling and spitting crude profanities at your back?

To your relief, the projection begins to fade again and you know that you’ve reached the end of the hall. Reaching to remove your headset, you hear the guide instruct you to walk back once more in order to reach the exit. You brace yourself, unsure which simulation of the city you’re about to experience. As you begin your walk, your senses are heightened — constantly glancing around, waiting for something unexpected. But what you experience isn’t one walk or another, it’s a hybrid of the two. Both layers are turned up to full volume, with full exposure, and you realize that all components, both chirping birds and ICE evictions, had been present all along, but just dimmed to a lower exposure, depending on the walk, so that you would only notice them if you were actively seeking them out.

As you reach the end of the hall, confused by the combination of the pleasantries of the first walk with the discomfort of the second, the projection cuts and the headset taken from you. You’re guided into another smaller room, pitch black and completely empty except for an illuminated podium with a voice recorder on it. A piece of paper on the table reads: which walk most accurately conveyed the experience of the city? Press button to record. You take a second to ponder…how would you go about making this decision? Once you’ve answered and finished recording, the speakers begin to play answers to the questions — answers of other participants that have come before you, that see the city differently than you had.

As you stand, immersed in the perceptions of others, you realize just how difficult it is trying to decipher the differences — bringing you to the realization that cities, in their infinite arrangement of spatial activity, are much more convoluted and complex than you previously realized; that spatial interpretations are profoundly informed by one’s identity. If you come from a marginalized community, perhaps the suppressive impact of ICE and forced evictions would seem representative to you, especially if you’d experienced them first-hand. However, if you come from a privileged social class, perhaps you are more used to the pleasantries of the street and were startled by the experience of feeling unsafe on the street.

The goal of this exercise is not to answer “correctly,” since your city will most definitely be different than those of the other participants. Rather, the intention is for you to realize that what it means to have your eyes on the street is going to be different depending on the I’s that define your identity. The city is never what we perceive it to be, at first glance or even after years of living in it, because it encompasses the complexity of multiple narratives and histories, those visible to us and those that are not. So when someone asks you about a city’s history or the narrative that it exudes, you realize you must ask… whose history? Whose narrative?

This type of artistic reorientation would only take the form of an instillation that, although ideally thought provoking and critically analytical, would be gone just as soon as it came, most likely failing to leave a lasting impact. But what if there was a way to challenge the same notions of narrative and space in the field of design? Is there a way for scholars and practitioners to engage with the built environment, either through the production of something new or the preservation of what already exists, that depicts the multiplicity of identities and experiences of those who have interacted, and continue to interact with the city? Is there a way for us to strive for a wholesome understanding of culture, history, and identity, moving away from outdated dialectics such as past-future, traditional-modern, and us-them, when making decisions around design or development? I don’t claim to have the answers to any of these questions. However, the design community must reckon forcefully with the pluralistic, fraught, divisive, and unifying nature of the contemporary city and our larger global society and face head-on the complex task of nurturing socially just practice.