Boom or Bust? Techno-Optimism and the Driverless Car - THE URBAN REVIEW
190
post-template-default,single,single-post,postid-190,single-format-standard,bridge-core-1.0.4,ajax_fade,page_not_loaded,,qode-title-hidden,qode_grid_1300,footer_responsive_adv,qode-content-sidebar-responsive,qode-theme-ver-18.0.9,qode-theme-bridge,wpb-js-composer js-comp-ver-5.7,vc_responsive

01 Apr Boom or Bust? Techno-Optimism and the Driverless Car

Boom or Bust? Techno-Optimism and the Driverless Car

We, as planners and designers, treat the purveyors of this sleek techno-optimism with the scepticism they deserve.

The world of transportation and new mobility technologies has been brought into mainstream discourses in recent years. ‘Smart-mobilities’ in the form of ridesharing (Uber & Lyft) and food delivery apps (Grubhub, Doordash) have become prominent features of our streets while celebrity inventors like Elon Musk have captured the public’s imagination by promising trans-continental commuting through Hyperloops and a network of (remarkably subway-like) tunnels beneath Los Angeles.

A techno-optimism has emerged – the future of mobility, if we are to believe the press releases, will be free of carbon emissions, occur at speeds previously unseen, provide individualised levels of service traditional transit can only dream of, and allow us to lead ever more intensely mobile, isolated lives.

Smart-mobility will reign supreme. Time-space compression will accelerate, geographical boundaries will be eliminated, and capital will accumulate in ever more seamless flows as goods and people move without friction nor environmental consequence.

The site in which these benefits will purportedly accumulate is the City – the same City which has been so dogged by air pollution, grinding congestion and immobility; ever since the 20th century promise of automobility turned out to be a false panacea.

But as this techno-optimism grows to feverous levels and cities rush to placate and accommodate these ‘visionaries’ hawking their new technologies, it is pressing that we, as planners and designers, treat the purveyors of this sleek techno-optimism with the scepticism they deserve. For all the bluster, these are business people—market fundamentalists—with a product and agenda to push. Utopian visions of transportation futures are nothing new and if we learn one thing from the 20th century experience, they have never borne the fruits they promise. In fact, the blind pursuit of such technologically-driven visions has resulted in the very set of deleterious urban mobility conditions that this new wave of technologies seeks to solve.

The 20th Century: The Promise of Automobility

The early to mid 20th century was marked by a feverish rush to remake the city for the car. As a technology, the car promised to free the common man to experience levels of mobility and speed of access previously unimaginable. In the US, car ownership was intrinsically linked to notions of freedom, individualism, and gender identity while the manufacturing processes that facilitated the mass production of automobiles were tied to American economic ascendancy.

Everything that the car represented was to be desired – it was the embodiment of modernity and sold as an egalitarian technology that would tear down class-stratified access to mobility, freeing humanity from the shackles of a life organised around the dictatorial train timetable.

Of course, these ends proved to be elusive. Cities are now more clogged with traffic than ever, unequal access to transport still excludes many from access to the job market, and the ‘freedom’ promised has morphed into automobile dependence and addiction.

We engaged in the most fundamental reconstruction of our cities since the industrial revolution. Neighbourhoods were flattened to build interchanges, communities were segregated by freeways, and our cities have sprawled into obese and gargantuan monstrosities while pedestrians, bicyclists and transit users have been relegated to the margins or eviscerated from the street scene entirely.

Not only did our physical infrastructure change, but our collective imagination shifted entirely as to what streets are for. No longer a place to live, play, or work, it now a site of unfettered automobile movement against which transgressions must be punished with jaywalking fines, or worse, injury or death at the hands of a speeding vehicle.

Lessons for the 21st century : ‘smart-mobility’

Such a bleak vision of 20th-century mobility should remind us that we must treat the emergence of new mobility technologies and their purported benefits with intense scrutiny, a lens which should be focused perhaps most closely on the ongoing arrival of autonomous vehicles. Already, there are signs that in our rush to accommodate these new machines into our cities, we are forgetting the very humans whose lives they are supposed to be improving.

In London, a recent project has taken away a dedicated bicycle path and replaced it with an ‘Autonomous Shuttle Lane.’ Scarce public land has been transferred from human activity to the domain of robots. 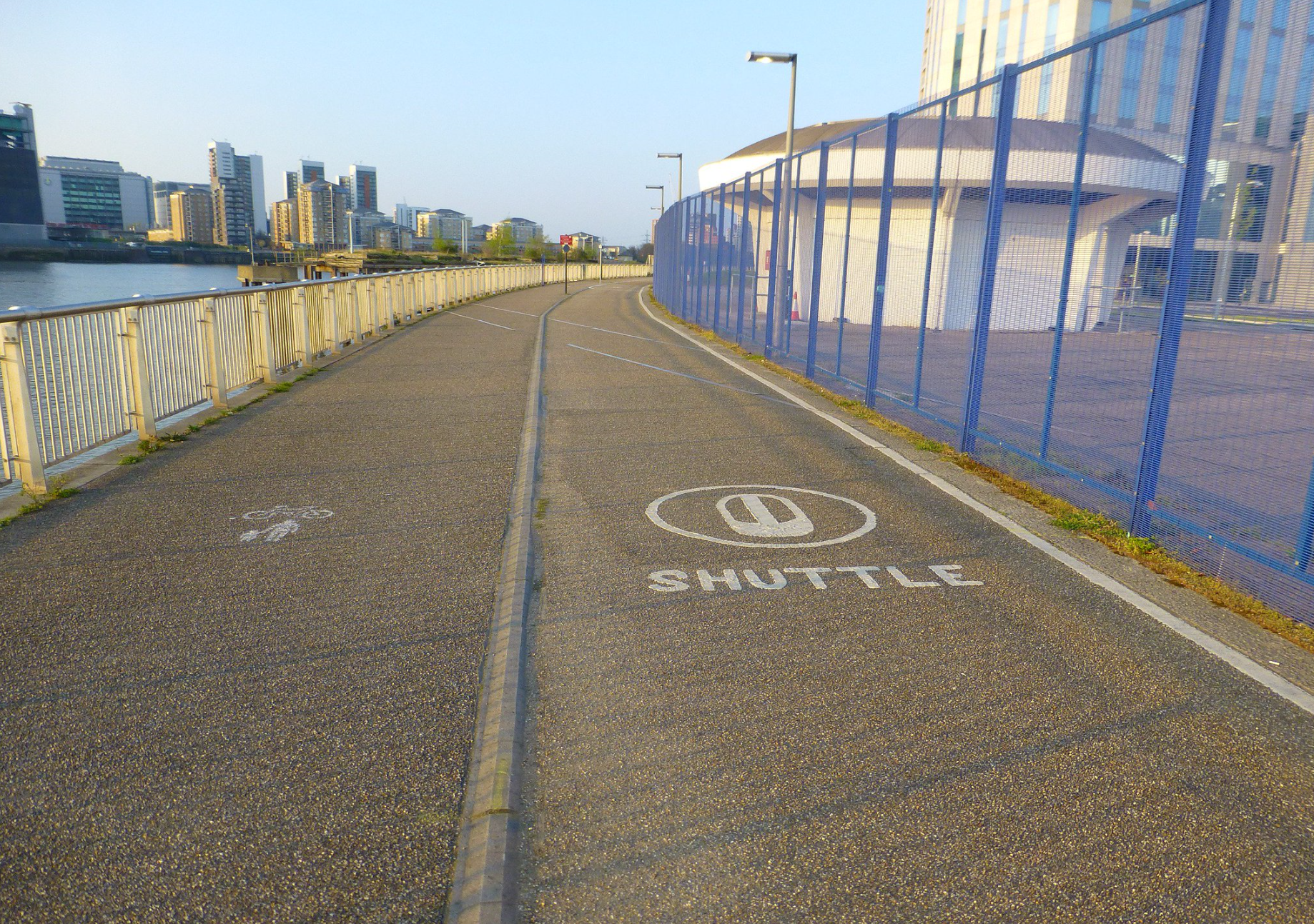 Moreover, the tragic events in Arizona in which a pedestrian crossing the road was killed by an autonomous vehicle were immediately framed by the police report with emphasis on the woman not using crosswalk, consequently placing her supposed transgression as the cause of the accident and absolving the car of responsibility. This is victim blaming sets a disturbing precedent for the future of human-autonomous vehicle (AV) relations as well as casting doubt on the promise that yielding control of vehicles to computers will result in improved safety for all road users.

If AVs cannot be trusted to coexist with pedestrians, could this lead to a redoubling of jaywalking laws? Or worse, the erection of physical barriers to prevent pedestrians from entering the street? Even if autonomous technology is improved to point that vehicles do always halt for pedestrians, it is likely that there will be a desire to stop pedestrians from ‘gaming the system’ and holding up traffic by crossing freely, safe in the knowledge that all AVs will stop for them.

In his book ‘Fighting Traffic’, Peter Norton details the disturbing course of events in the early 20th century that resulted in the criminalisation of jaywalking and restriction of pedestrian rights to the street, as a part of a carefully constructed and funded campaign by automobile companies to ensure their new products could be used at their full design speeds. As AVs become more prevalent, we will surely see similar efforts on behalf of their manufacturers. Recent advances in complete street design and the renaissance of public transit in metropolitan areas will not insulate us from a regression of this sort. The lobbying budgets of automobile manufacturers must not be underestimated.

Shaping what our cities are for

As further regulation and design questions emerge in response to new technologies, planners must set out priorities for our cities with clarity, confidence and resoluteness. The ostensible aim of new mobility technologies is to improve the lives of people, through safety, convenience and efficiency. As soon as we sacrifice the safety or convenience of our most vulnerable city dwellers (pedestrians, bicyclists, the elderly, the young) in order to accommodate these shiny new toys, then we are defeating the very point of implementing such a technology in the first place. Where politicians may be swayed by flashy car industry lobbyers, the planning and design sectors must remain level-headed and focussed on building urban environments for people, rather than robots. Planners must remain ever more vigilant amidst rhetoric aimed to trick the layman under a clever sleight of hand.