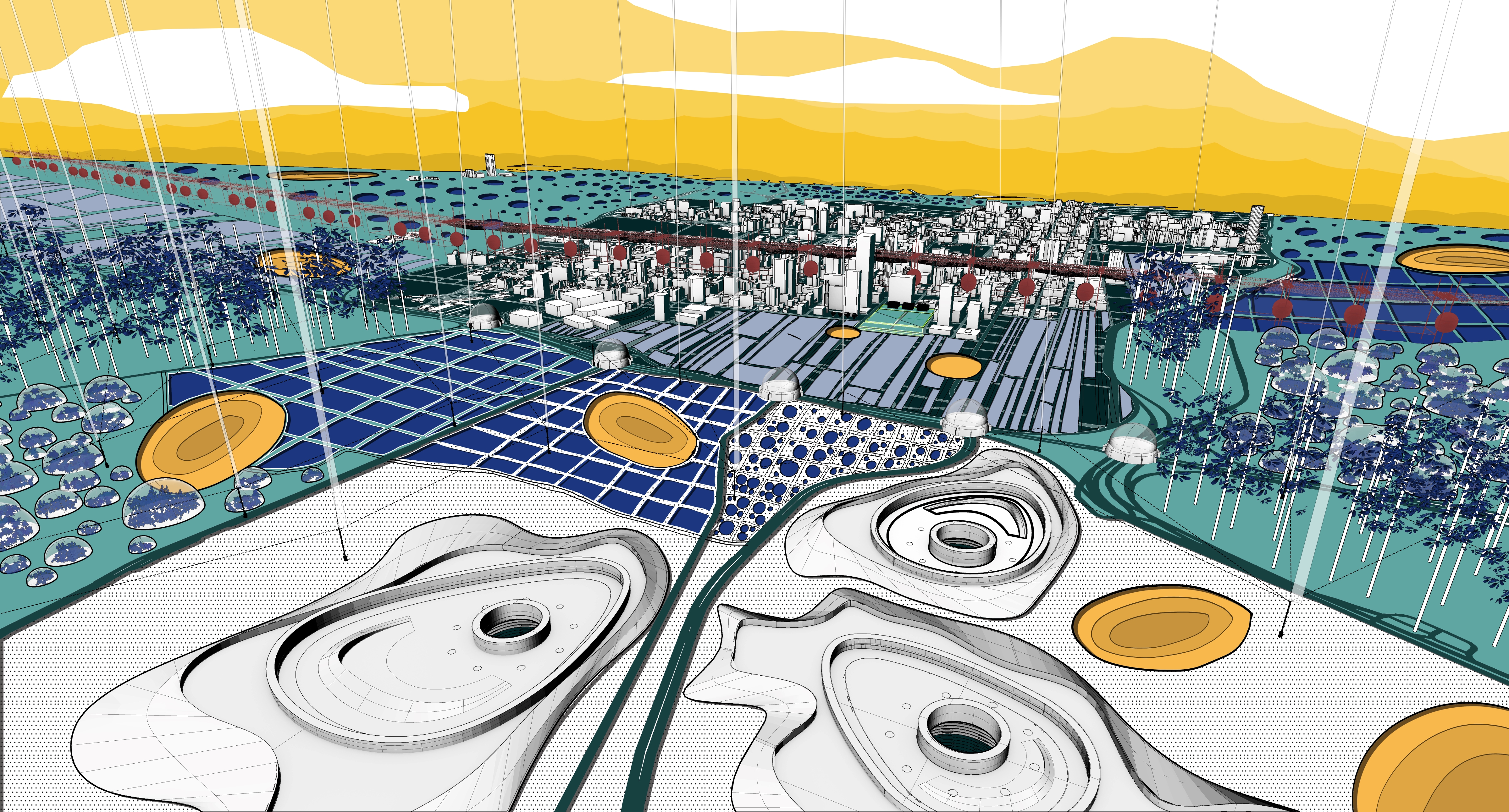 By 2025, frequent extreme weather and air pollution made Johannesburg’s surface no longer suitable for human habitation. As a result, residents used advanced engineering technology to develop the subterranean structure of the former gold mining belt into a new underground refuge. Over the course of ten years a new underground city was born, optimized by a smart city management system. This system included an environmental simulation system, an energy cycle system, a high-speed transportation system, and a mature disaster warning system. Each resident has been allocated optimized living facilities including a smart living space, a 3D food printer, and uniforms for reclaiming evaporated body moisture. However, due to the lack of water resources, the government strictly rationed water for each resident. Despite all efforts to reclaim and reuse any available water, the allocated share has continued to decrease each year.

People quickly realized that the escalating water crisis posed an existential threat to the underground city. In 2035, residents began testing above-ground infrastructures in order to collect precipitation and expand water resources. However, the huge demand for water created unexpected and adverse impacts on the delicate surface ecology. At the same time, extreme weather led to unstable precipitation, and the groundwater level continued to decline. Residents realized that only by restoring the ecological environment on the ground above would they be able to support life below. As a result, since 2035, more and more resources have been directed toward projects on the surface related to green infrastructure research and the optimization of water resources.

As part of this work, large areas of the former city were converted into experimental fields for ecological restoration. Only the commercial core of Johannesburg’s surface retained buildings as research centers, water monitoring labs, memorial towers, and entrances to the underground city.

Of all the plans to solve the water crisis, the Plant Cultivation and Water Conservation Project (PCWCP) is the most ambitious. Its goal is to hybridize and cultivate new water-retaining plants under extreme weather conditions such as high temperature, aridity, and occasional floods, and ultimately improve the soil quality and restore the groundwater level. With the implementation of plant cultivation under the PCWCP 1.0 – 4.0 programs, new man-made and diversified planting landscapes and ecosystems have been formed on the ground across Johannesburg’s surface. However, plants are still vulnerable to extreme weather and the water circulation system is very fragile.

A turning point occurred in 2050, when successful planting from PCWCP 5.0 promoted the gradual restoration of the groundwater level, raising hopes for the integrated development of Johannesburg’s surface and underground cities. Our story begins with the launch of Plant Cultivation and Water Conservation Project 5.0…

Fangyuan Sheng is a second year student of Landscape Architecture at the Weitzman School of Design at UPenn. She is also pursuing the Urban Design Certificate and focus on shaping cities and strengthening communities.

Mingyang Sun is a Master of Landscape Architecture candidate 2021 at the Weitzman School of Design at UPenn. With an architectural background, she is interested in multi-scale design solutions of public realms, urban forms, urban ecology in the context of climate change. She expects to be an urban designer who values people, place and nature.