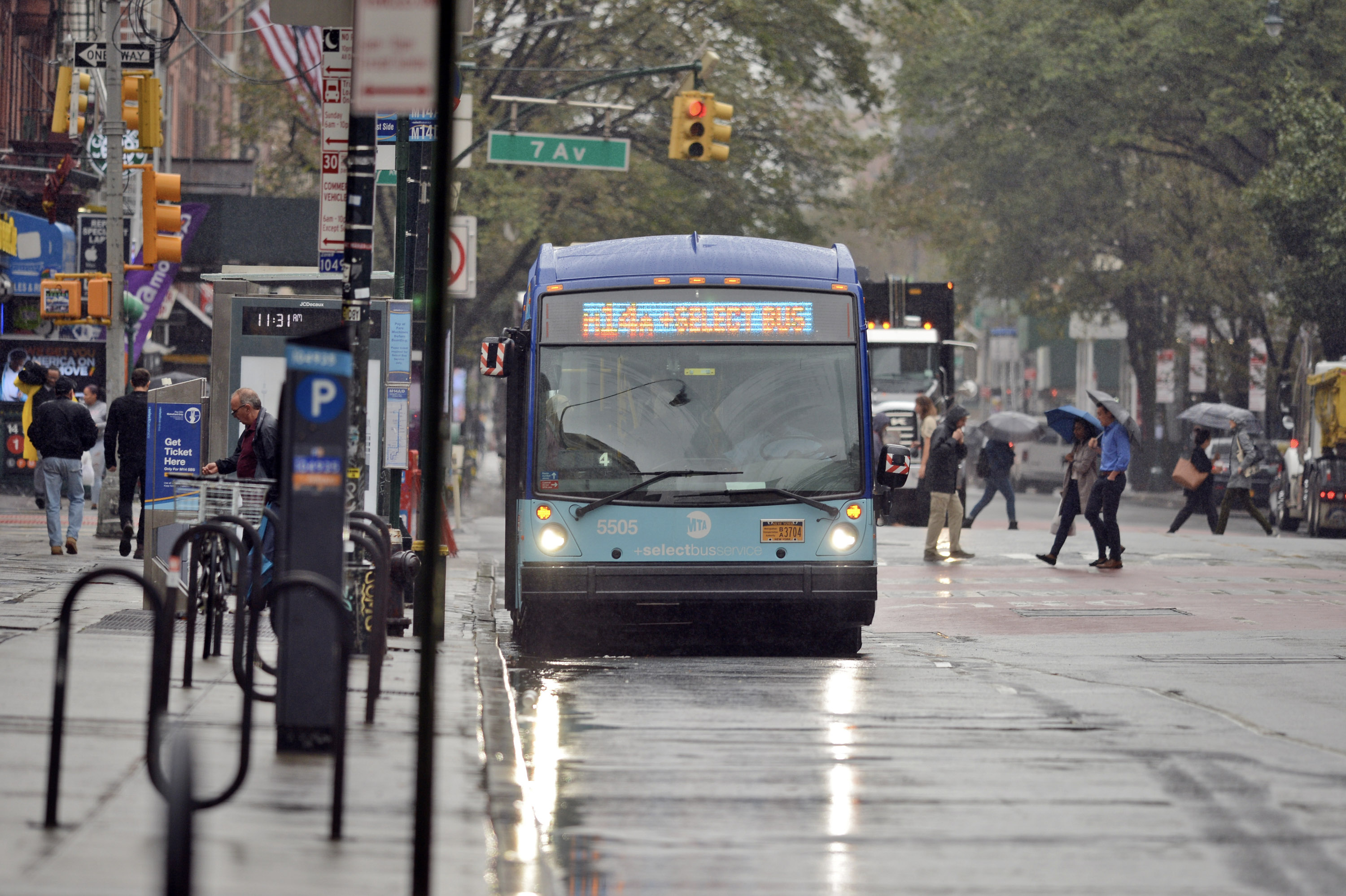 A Green New Deal for Transportation

The transportation sector is the single largest producer of greenhouse gases in the United States, contributing to 28 percent of the nation’s total emissions in 2018. The majority of these emissions come from private passenger vehicles. The reality is that we have become far too reliant on cars. It is time for transit triage. We need a Green New Deal for Transportation.

The Federal Highway Act of 1956 led to the growth of the highway system and, by linking gas taxes to the Federal Highway Trust Fund, allowed the government to subsidize highways. This guaranteed a stream of money, providing 90 percent of the financing used to build the interstate highway system.2 Meanwhile, as highway construction benefited from public funds, regional transit systems and railroads struggled. To this day, Congress continues funneling 60 percent of federal transportation funds into highways, while only 35 percent is allocated for public transit. This imbalance continues to tilt policymakers and politicians toward favoring automobiles as the dominant mode of transit over multi-passenger transportation systems. It also has encouraged land-use planning to give preference to cars. In order to shift this narrative, it is necessary to fund alternative modes of travel by increasing public dollars that support public transit and by investing in a safe and connected bicycle network, shifting federal subsidies away from highways.

Imagine cities, large and small, where parking spaces are scarce but rapid transit buses are abundant. Today, “parking is free for 99 percent of all automobile trips in the United States” because cities have been planned around minimum parking requirements. The endless quest to satisfy peak demand for free parking wastes precious city land. The result is available, low-cost parking at great societal cost. As progressive parking expert Donald Shoup argues, as long as we continue to make minimum parking requirements a condition of development, we subordinate almost every other function of our cities to the need for free parking and cars as transit.

While more rural areas may have separate demands, a Green New Deal for Transportation would ensure that people in urban settings have safe and convenient means of reaching their destinations using shorter trips, shared trips, and alternative modes of transportation.

How do we get there? To start with, we already have the money; it’s just being spent in the wrong ways. The average American consumer spent $8,427 a year on automobile transportation in 2016, yet Americans spent far less to build new or expanded quality bus lines. It’s time to shift our priorities.

It will take more than money. It will also require good planning, because while federal transit policy revolves around capital projects — notably the addition of transit lines and roadways — not enough has been done to improve transit effectiveness in terms of frequency and speed of service. These conditions are necessary for public transit to attract potential riders.

While fossil fuel-based transportation is a major contributor to climate change, automobile-dependent cities struggle with air pollution, degraded infrastructure, flooding, extreme heat, and intense winter storms. To reduce transportation’s carbon footprint, it is essential we eliminate the continuous expansion of roads. By prioritizing new highways, roads, and more lanes instead of public transit, biking, and walking, we undermine economic, equity, and climate goals.

The answer is to transition to a more environmentally sustainable and socially just transportation system. The moment has never been more pressing as COVID-19 threatens transit agencies across the country and unveils the deep inequalities associated with our lack of investment in these systems. The United States must implement a Green New Deal for Transportation that includes the following:

A Green New Deal for Transportation envisions goals to put fast, reliable transit service within walking distance to as many homes and jobs as possible. It seeks to normalize cycling and walking as sustainable modes of transportation. There is a need to rebalance our current policies, which wrongly prioritize ineffective road expansion over transit investment. Merely adding dollars to transit isn’t enough. While this seems like a big task, we have little choice. The future of humanity depends on reducing carbon, and the transportation sector is polluter number one.

Emily Kennedy is a city and regional planning master’s student at the Weitzman School of Design at the University of Pennsylvania. Previously, she worked as a community organizer for a climate change campaign, completed a Fulbright research grant studying access to water in Buenos Aires, Argentina, and worked as an analyst at Cefeidas Group, a Buenos Aires-based international advisory firm. After nearly three years in Argentina, she moved to Dublin, Ireland, where she confirmed her commitment to city planning and transportation equity. Now, based in Philadelphia, she spends her free time biking and admiring the front porches of West Philly rowhomes.