All Roads Lead to the Internet: An Examination of the World’s Most Utilized Space - THE URBAN REVIEW
811
post-template-default,single,single-post,postid-811,single-format-standard,bridge-core-1.0.4,ajax_fade,page_not_loaded,,qode-title-hidden,qode_grid_1300,footer_responsive_adv,qode-content-sidebar-responsive,qode-theme-ver-18.0.9,qode-theme-bridge,wpb-js-composer js-comp-ver-5.7,vc_responsive 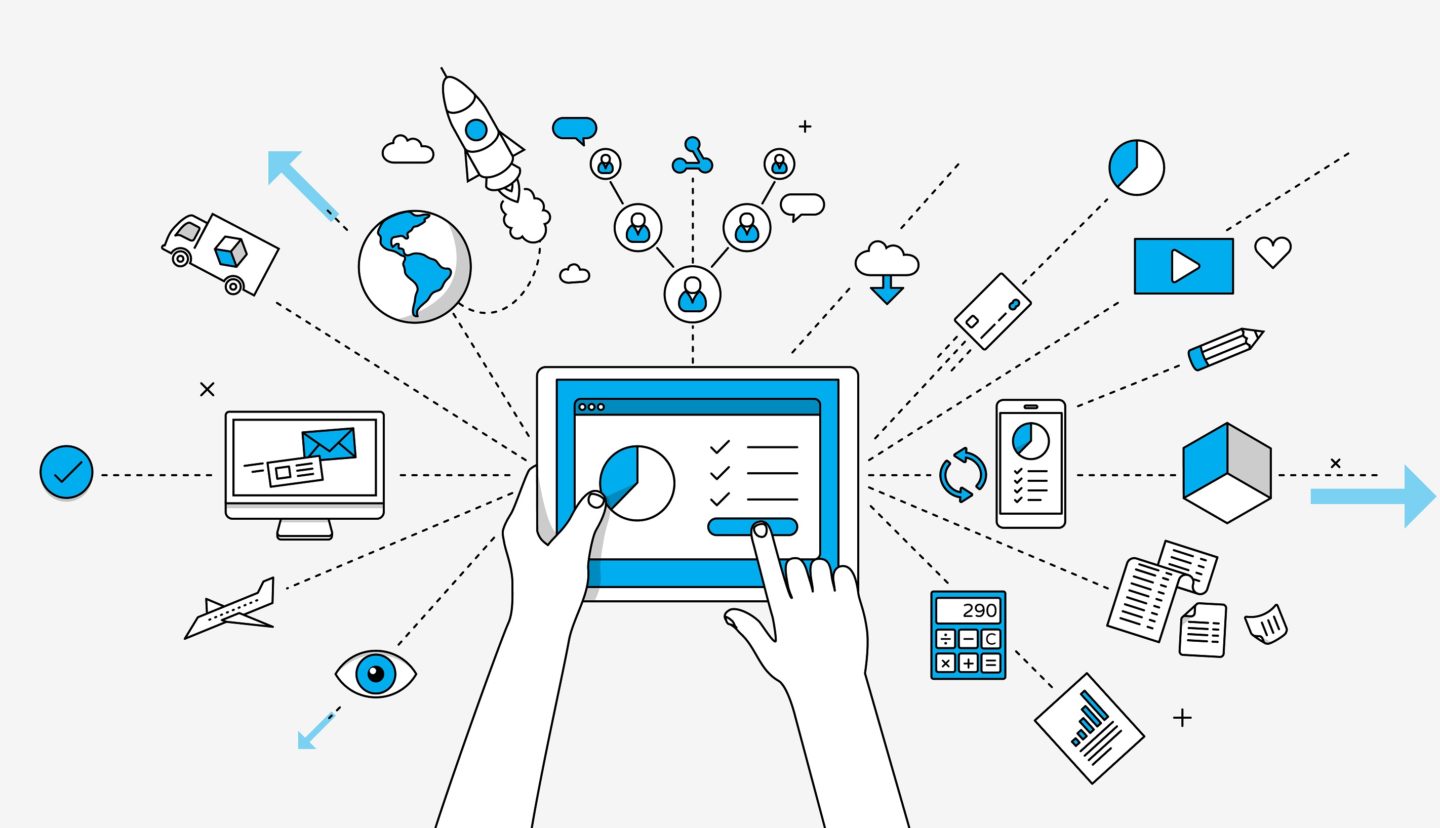 30 Mar All Roads Lead to the Internet: An Examination of the World’s Most Utilized Space

All Roads Lead to the Internet: An Examination of the World’s Most Utilized Space

The Internet has completely shifted society, geopolitics and conceptions of space. As evidenced by its increasing presence in every aspect of our lives, it will continue to be a powerful rudder steering the direction of the world for decades to come. Were it to be represented as a city, its streets would be littered with billboards, leaflets, salesmen and a new kind of advertiser that follows you around all day suggesting what you should buy based on the shops you walk in and the conversations you have with the people you meet. In Internet City, you constantly run into your ex and a myriad of other loose connections you’ve acquired over the course of your life. Interactions are usually brief and superficial, and for some reason, you can always hear the voice of your most bigoted family member distantly ringing in your ears.

Internet City is the Wild Wild West. No authority claims responsibility for wrongdoing on the streets and no institution oversees a department to “protect and serve” the people. Only vigilantes and private security will help, for a price. What’s there an abundance of in Internet City? Things to buy. Clothes, cars, food, a new puppy…any object of desire. It’s easy as can be to fill your life with the dopamine-induced warmth of new purchases. What is carried over from your average city to Internet City? Wealth inequality. The wealthy travel on a separate, less-trafficked set of roads that are heavily guarded while the poor move along slowly subject to any manner of misinformation and malware.

How did a space like this come to be? Its architects certainly did not envision such a place when they initially conceived of the world wide web–a great equalizing platform born out of a generation of software engineers enmeshed in the hippie movement. Counted among them were scholars and professionals who read periodicals like the Whole Earth Catalogue – which shared money saving life-hacks and pondered ideas like opening a people’s fund in “THE BANK” (1)– in their free time. Surely a group engaging with ideas such as these could not have aspired to create the online platform as we know it today–one where its digital real estate largely owned by four companies.

In 2018, more than 4 billion people–half of the world’s population–have achieved access to the Internet (2). People from a myriad of cultural, national and religious value systems will pop online–likely through Google or Facebook as their cyberportal–to a place that has largely been designed by a homogeneous set of white males in Silicon Valley. This digital shift will undoubtedly continue to change lives as it has for all of us in ways seen and unseen. For now, the gospel of the Internet and its digital crusade is applauded for carrying our world into the future. But where are we being carried to? What consequences are we not considering in the excitement of innovation and billion-dollar valuations?

History reflects darkly on the moments of proselytizing and colonization of societies by Christian, Catholic, British, Portuguese, American and other flavors of invaders who imposed their belief systems on fully functioning societies the world over. This moment feels eerily similar though less tangible. What digital embodiments of smallpox blankets and modern slave trades does this new revolution, led again by motivations deeply tied to power and capital, bring to the fore? And conversely, if this is an opportunity to reorganize the world like the conquistadors did 600 years ago, can the process assume a different form that is more beneficial to humanity this time around?

In this moment where the Internet is seemingly eating the world by way of four companies offering digital services in exchange for intelligence, while traversing the well worn path of domination, it seems critical to consider the road not taken. That is, the Internet as it was first imagined by its forefathers, academics and professionals who conceived the foundational ideas to make the world wide web as we know it possible.

In Jean Gottman’s spirit of diagramming to analyze a seemingly infinite topic, I will focus my examination on two smaller “paths not taken”. One, a giant of industry as a proxy for the wider web. What would Google be as its co-founders, Stanford PhD students Sergey Brin and Larry Page originally imagined it? Two, the role of government in the growth of the Internet. Specifically, why the US government seems to have taken the backseat in this transformation.

Path Not Taken: Google as a Non-Profit Entity

Larry Page and Sergey Brin, Google’s founders, began with a sophisticated algorithm for page ranking as PhD students. Their project emerged out of mathematical fascinations with the world wide web. However, once Google took on investors, a board of directors and shareholders wanting to generate wealth from Google, its path was set in the direction of maximizing profit. Under this pressure, the click-to-pay aspect of Google and its financial model were born. What followed was the growth of its advertising business, buying up smaller companies and digital advertising real estate across the web as well as a myriad of new commercial ventures that traded on the Google brand including Books, Froogle (the predecessor to Shopping) and News. As the McDonald’s or Coca Cola of its industry, Google became the most recognizable brand, which is often conflated with being the best.

What would have happened had Larry and Sergey completed their Stanford PhDs and remained as academics? Google could have taken on a non-profit model like crowdsourced encyclopedia Wikipedia. While it may not have risen to the level of world dominance it seems to have obtained, our era also would not have been defined by the perils of for-profit companies owning our data and peddling it to better sell us everything from a new pair of shoes to who we should elect as President of the United States. It remains to be seen how the chips will fall as a result of the circumstances we are presently engaged in, but it’s certain that the effects will be immense enough to shape the arc of history.

Another possibility is that Google’s choice to remain in academia may have given way to it becoming a government project since so many university projects and centers are bolstered by Federal funding. Google being a proprietary tool of the US government would have greatly hampered from it growing into the global Internet portal that it is today. In this scenario, Larry and Sergey would have likely published the science behind the engine without fear of commercial competition, making their technology available for software engineers to produce similar technologies to serve smaller groupings of the world’s population. Instead, the Internet is disproportionately built and owned by Silicon Valley and China.

Though the government may not have played such a direct role in Google’s growth, it certainly gave way to a regulatory environment for the Internet and its industry to take form as we know it. With regard to privacy and antitrust regulation, the Federal government has paved the way for today’s Internet titans to exist. Current policies including The Freedom of Information Act of 1967, the Fair Credit Reporting Act of 1970 and the Privacy Act of 1974 focus on (1) regulating data transparency rather than data collection and (2) data collected by the government rather than private interests. This lack of oversight gives companies free rein to collect any amount of personal information on its users. Companies use this collected data to build more profitable products by observing user behavior and also make billions of dollars helping other industries laser target consumers with advertising campaigns.

What would the digital landscape look like if regulation limited the types of data companies could collect? Digital advertising certainly would not be the boon it currently is if it lacked the highly specific targeting that makes it so valuable to brands, politicians and other interested parties. The media landscape has transformed in the wake of ad targeting and related technology that allows people to click themselves into a cocoon of articles, videos and memes that lull them into the false belief that the world is merely a reflection of their ideals.

These digital echo chambers, particularly powerful on Facebook, shape ideas, beliefs and – as we’ve learned – elections. Millions of people get their news from the site (3) that still claims not to be a media site but simply a platform, absolving it of any responsibility to clean up drivel and fake news that gets posted daily. In the shift to digital media that has shuttered the doors of many traditional news companies, we have not maintained the commitment to journalistic ethics that had always been in the unspoken contract between those that create the news and the people that consume it.

Conversely, social media in particular has been a tremendous platform for empowering stories that otherwise would not have been recognized. A myriad of grassroots political and social movements all over the world including the Arab Spring, Occupy Wall Street and Black Lives Matter have been possible because of the ability to connect, communicate and mobilize people with unprecedented ease. Artists and skilled workers have been able to create businesses, generate followings and cultivate lives thanks to these tools. We have a level of access to each other across every kind of border and demographic characteristic that has separated and pulled us apart for centuries. But it’s worth noting that this would still be true even if companies themselves did not know everything about us and were instead regulated to only be the medium through which we understand each other.

A more egalitarian world connected through shared interests and empowered by unfettered access to information is what the Internet’s forefathers envisioned. What government and industry shaped it to become may not have taken the path laid out by its forebears, but the web still possesses the underpinning elements of utility and connection as originally intended. Perhaps it is not too late to divert to the road not taken from the one we are on. It will require regulation from within and without the technology industry and a commitment from the leaders of Google, Apple, Amazon and Facebook to model for the industry how to uphold the values of changing the world for the better that they espouse. It’s not too late to change direction and put our world on a more stable path forward.

Emma Ogiemwanye is a candidate for the Master in Urban Planning at the Harvard Graduate School of Design.

Brooker, Katrina. “‘I Was Devastated’: The Man Who Created the World Wide Web Has Some Regrets.” The Hive, Vanity Fair, 9 July 2018, www.vanityfair.com/news/2018/07/the-man-who-created-the-world-wide-web-has-some-regrets.