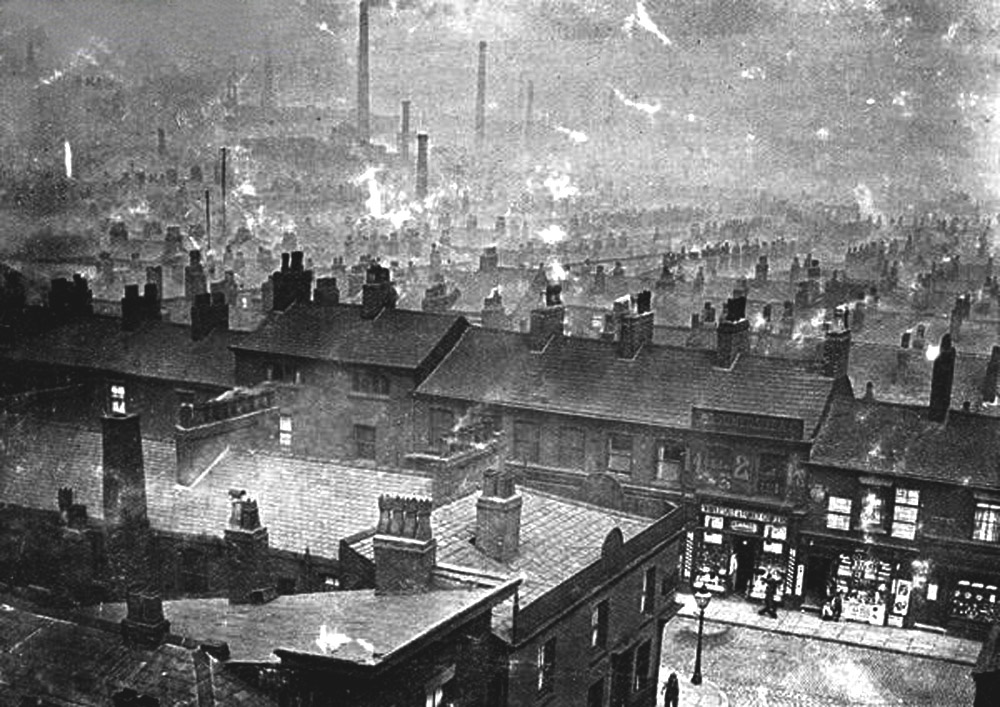 “The very turmoil of the streets has something repulsive, something against which human nature rebels… And still they crowd by one another as though they had nothing in common… Everywhere barbarous indifference, hard egotism on one hand, and nameless misery on the other, everywhere social warfare.”

In the urban theory literature, there are vehement disagreements about how to conceptualize and problematize urban issues pertaining to socioeconomics, politics and power, the built environment, race, gender, inequality, justice, and so on. Though formidably argued, each camp often leans heavily on one theoretical lens to the exclusion of others. Many theoretical pieces read like thought experiments, rich with prose and powerful rhetoric, and, to be sure, grounded in vital critical insights. Instrumental and profound in their own right, pushing the needle on critical issues and unraveling fraught assumptions, each piece, and therefore the literature, suffers from a lack of synthesis. The so-called canons in the field, and those currently leading the theoretical charge, would benefit from a greater commitment to theoretical synthesis, drawing on various histories and theoretical traditions to weave together more complex and holistic conceptions of the urban that more accurately reflect real life in its inextricably intersectional nature.

Friedrich Engels’ “The Condition of the Working Class in England in 1844” is a powerful piece littered with biting, poetic diatribe criticizing mid-19th century industrial Manchester. He hardly takes a breath from one bitter harangue to the next, excoriating working class living conditions in awful detail with shock and dismay. “Every man’s house in a state of siege, everywhere reciprocal plundering… so openly avowed that one shrinks before the consequences of our social state… and can only wonder that the whole crazy fabric still hangs together.” (Engels, 60). He is sure to hold accountable the source of this “barbarous indifference” (Ibid, 60): “If the bourgeoisie does [the working man] the favour to enrich itself by means of him, wages await him which scarcely suffice to keep body and soul together” (Ibid, 60).

Northwest Manchester, a center of the industrial revolution

When so described, it is difficult to feel much other than the same disgust and loathing toward the ruling class, felt by Engels over 170 years ago. One can clearly see what drove Engels and Marx to write the Manifesto of the Communist Party only four years later. It is interesting to consider, then, that the rhetoric used by one of the founders of Communism is similar to that upon which Haussmann’s transformation of Paris was fashioned. Take Engels’ description of how “right and left a multitude of covered passages” contain “a filth and disgusting grime the equal of which is not to be found” (Ibid, 62). “In dry weather, a long string of the most disgusting, blackish-green, slime pools are left standing… from the depths of which bubbles of miasmatic gas constantly arise and give forth a stench unendurable” (Ibid, 63). Consider, then, Haussmann’s “amelioration of the state of health of the town through the systematic destruction of infected alleyways and centers of epidemics.” (Gideon, 648).

Both men saw a disorder and degradation and sought a resolution. The difference lies not in what they perceived, then, but in how they framed the problem. Engels promoted a radical restructuring of societal power relations that would ultimately manifest itself across space, while Haussmann promoted radical restructuring of space to maintain power relations. In this sense, they could not have been more dissimilar.

Still, I wonder if Engels would not have been sympathetic to certain Haussmannian tactics of clearance to promote “cleanliness, ventilation, and health” (Engels, 64), if even for a set of sharply divergent objectives. Surely, Engels would be radically opposed to “clearing out slums simply to prevent the erection of barricades which militant democracy traditionally threw up in the narrow streets” (Moses, 61). However, he likely wouldn’t oppose a gentler uncorking of the “planless, knotted chaos of houses… whose unclean interiors fully correspond with their filthy external surroundings” (Engels, 63), all while pointing a finger at elites, like Haussmann, who espoused those very tactics, albeit in a more comprehensive and violent manner.

Additionally, Engels likely wouldn’t oppose moderate utilization of Haussmann’s straight lines. “The lanes run now in this direction, now in that,” he wrote in confusion, “while every two minutes the wanderer gets into a blind alley, or, on turning a corner, finds himself back where he started from” (Ibid, 64). The primary distinction, again, lies not in whether they would agree at all but to what extent that would agree, and for what purpose. Intent and scale are critical, and Engels is clear about his intent: “the industrial epoch alone has crammed into [the knotted chaos of houses] the swarms of workers whom they now shelter” enabling “the owners of these cattlesheds… to plunder the poverty of the workers… in order that they alone… may grow rich” (Ibid, 64).

Barbara Hooper’s gender critique in “The Poem of Male Desires” complicates this discussion further. She links Haussmannization with the “struggle to control the female body” which is a “category of the dangerous, the irrational… inherently disorderly and hence threatening to ‘enlightened’ clean, modern society” (Hooper, 240-41). The prostitute body, specifically, is a “dark and dirty place… a sewer, a destructive regressive potential that is racialized” and “classed in its connections to… criminals and the denizens of slums”, described with “city/sewer metaphors” because, “like sewers, like the putrefaction of slums, like cancerous, leprous flesh, the prostitute body is known to smell bad” and “is in need of draining, circulation, and flux of air” (Ibid, 242-43).

Hooper suggests that, while there were “good intentions” held by “scientific socialists like Marx and Engels”, they, too, “took on the baggage of the dominant cultural tradition” of “social control directed at women—the modern discipline of bodies and cities” (Ibid, 229). From this perspective, Engels’ seemingly objective portrayal is problematized by his inherently masculine lens. How does that temper the impact of his forceful capitalist critique? On the flip side, where do we actually go from Hooper’s critique? While she problematizes interventions that seek to rationalize space, there are still many objective benefits to some degree of rationalization.

None of these standpoints — Marxist, feminist, “regularizationists like Haussmann” (Ibid, 229) — completely address the full scope of the urban problematique. Engels, Hooper, and Haussmann all fall short because they avoid various realities that comingle with and complicate their dominant theoretical lens. True, industrial Manchester was probably a toxic place to live, but there was likely some very human form of social ordering worth acknowledging and even preserving in our cities, perhaps “abandoned and speculative properties” which people could occupy, “squat them and take them back, rebuild them to a new communal image” (Merrifield, 33). True, 19th-century planning ideology was strongly linked to a “politics of male dominance” (Hooper, 229), but we should still strive for cities that promote health and human agency. True, maybe Paris needed greater ventilation and sunlight in its cavities, but at what cost, and to what degree?

I believe degree is what truly separates these three, whether in theory or practice, and it is a singular theoretical focus that undermines their arguments. Planning and urban theory would benefit from more attempts to draw out the union among various critical lenses and to focus on degree of intervention in theoretical critiques of planning practice, to move productively beyond what often appear to be very all-or-nothing theoretical stances from leading urban and social theorists.

Evan Hazelett is a Master in Urban Planning student at the Harvard Graduate School of Design.

Published in 2019 Spring and Discourse