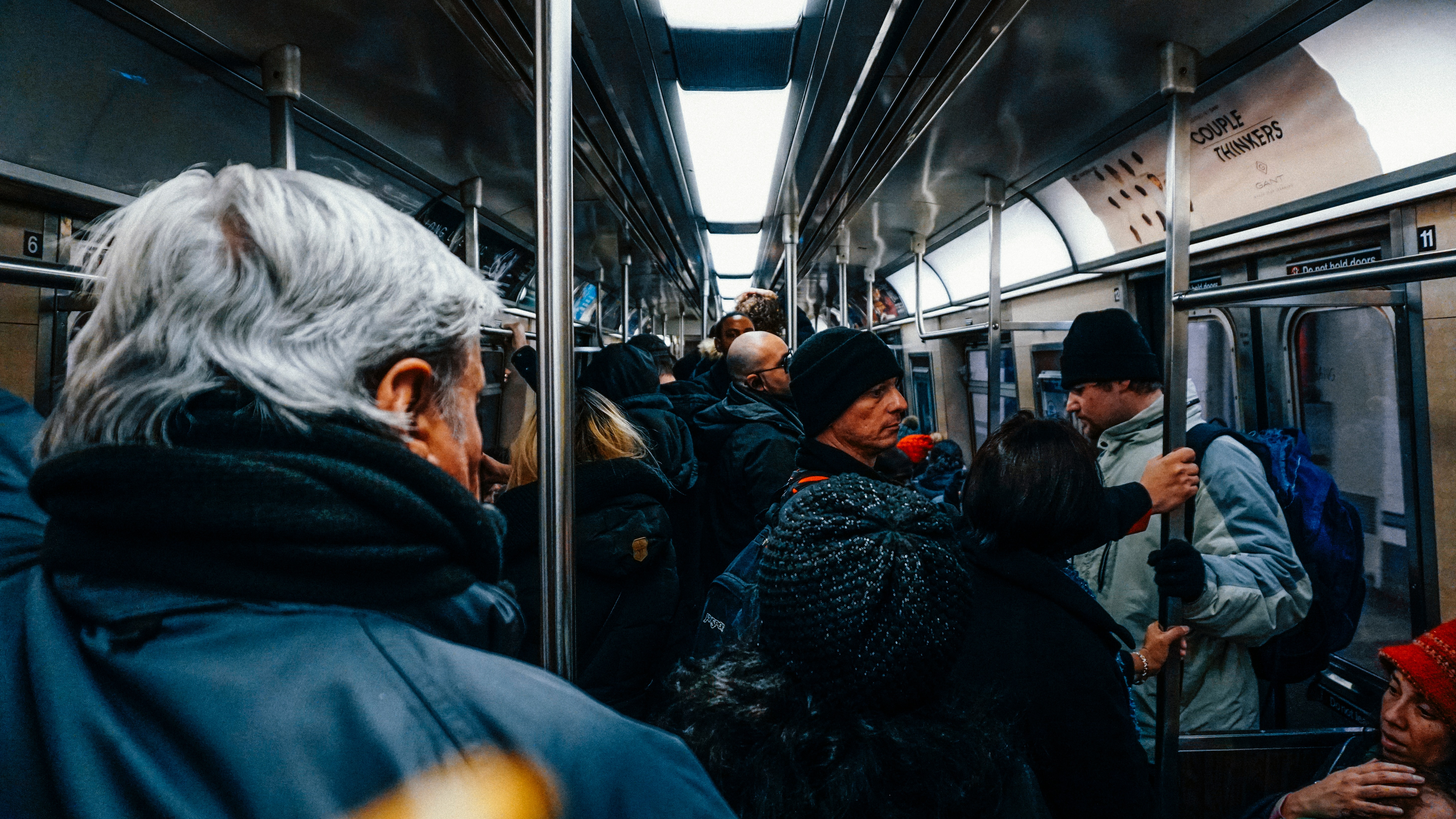 A Request in Transit

Shortly after I boarded an Uptown 2/3 Express train on a recent commute, a woman entered my train car. With grey—almost white—hair, an overstuffed backpack, and an unstable gait, she made her way down the car. As she walked, she approached passengers with an apology for the interruption, a brief explanation of her circumstances, and a request for help.

This monologue started out like many others I’ve heard—on any given subway trip, I encounter at least one person asking for money, help, or food. Sometimes, my evening commute also overlaps with “Showtime” where, before you get asked for money, you’ll get treated to backflips, handstands, and gravity-defying feats of sheer athleticism on a moving train all within two inches of your face and one inch of the performers’ lives. Other times, it’s a kid no older than thirteen selling candy bars for “just one dollar!” to support his school’s basketball team. Most often, it’s someone struggling with food, job, or housing instability, asking for spare coins or dollars to help buy a cup of coffee or a room for the night.

Today, homelessness in New York City is at its highest level since the Great Depression, with an estimated 133,284 different homeless men, women, and children passing through the New York City shelter system in fiscal year 2018, a number which experts assume is low as it does not account for unsheltered or housing insecure individuals who do not utilize city shelters. Often these are people of color or women, which generally aligns with the overall population living in poverty in New York City.

That commute’s request for help was different. The woman went on to ask if anyone on the subway car could donate specific products to help her get through this period—not this period of her joblessness or homelessness, but her period. Her menstruation. She made her way down the train car asking if anyone, especially any of the women sharing the car, could donate a pad or a tampon as it was her “time of the month.”

New Yorkers are notoriously good at avoiding eye contact, especially when individuals ask them directly for assistance, and the aversion of eyes was all the more intense during this thirty second appeal for help. For many of my fellow subway riders, this woman’s specific need was more than they could or would dare engage with. In response to her honest and humble request, eyes turned to the floor and headphone volumes turned up. As she made her way down the indifferent car, this woman asked for and did not receive any help.

In part, this was not surprising—usually, such avoidance is my response as well. If you gave to every person who asked for help on the subway, you would end up both broke and perpetually late. However, this woman’s unique combination of bravery and vulnerability hit me somewhere between my heart and my gut. I know the intimate fear of failing to contain bleeding while menstruating, a fear with roots in patriarchal ideas of containing and controlling female bodies that still engenders shame and discomfort today. I also know how awkward it can be to ask even an acquaintance for a spare tampon—I cannot imagine facing a subway car full of strangers during peak rush hour in New York City with this same question.

Menstruation, like poverty, is something that those who do not experience it prefer not to see. Both invoke judgments of instability, uncleanliness, and shame, thereby illuminating ugly truths about on-going systemic inequalities faced both by menstruating bodies and homeless individuals alike. By asking for support with both her economic and biologically female realities, this woman was the embodiment of just one permutation of the innumerable intersectional identities that face and constrain female bodies.

Having just ended my period, I had a tampon in my bag for which I had no urgent need. I offered it to this woman, to the subtle surprise and not-so-subtle discomfort of my fellow riders. She thanked me, and each of us continued on our way to different destinations, moving our menstruating bodies forward through an urban space that often fails to see us in full.

Published in I's on the Street